This 19-disc Blu-ray collection in limited edition packaging is exclusive and was released on the 9th December 2019. 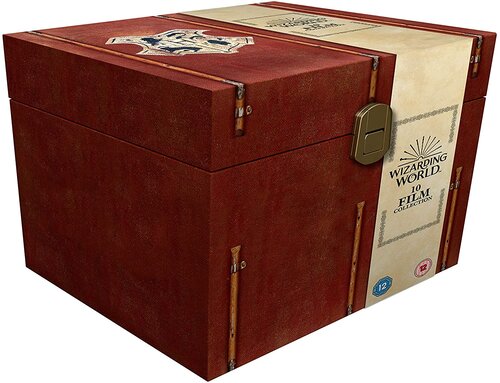 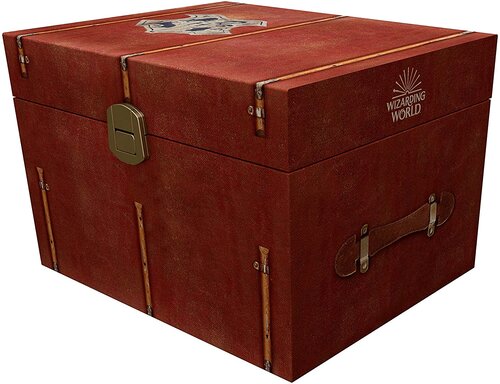 The box set is made to look like a Hogwarts Trunk. When you open the trunk you will be greeted by the movies in their packaging. You can also find the hidden compartment to reveal the other delightful treasures featured in this set.

The trunk box case is reminiscent of the Harry Potter Years 1-5 Gift Set. 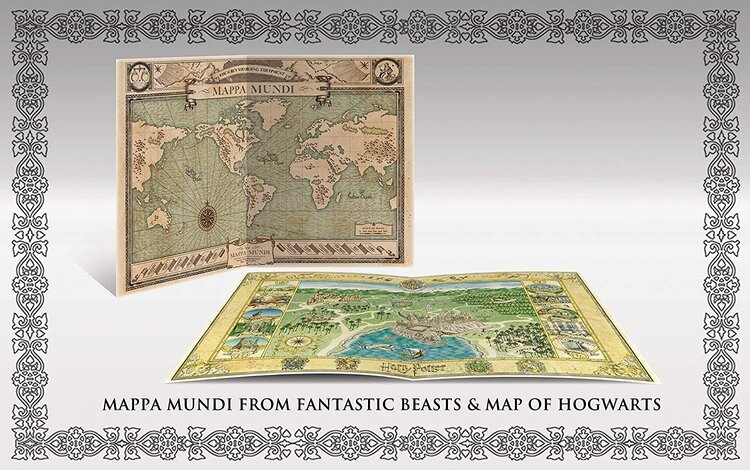 Mappa Mundi from Fantastic Beasts and Map of Hogwarts are maps created by MinaLima.

The Mappa Mundi is a global map and Newt Scamander kept a copy pinned up in his shed inside his suitcase and used it on his world-wide expedition to find and document magical beasts.

The Map of Hogwarts is illustrated by Miraphora Mina, and includes film locations such as Hogwarts castle, the black lake, Hagrid's hut, the Forbidden Forest, the Quidditch pitch, Hogsmeade and beyond. The Map of Hogwarts was originally released as an exclusive to the Harry Potter Wizard’s Collection. 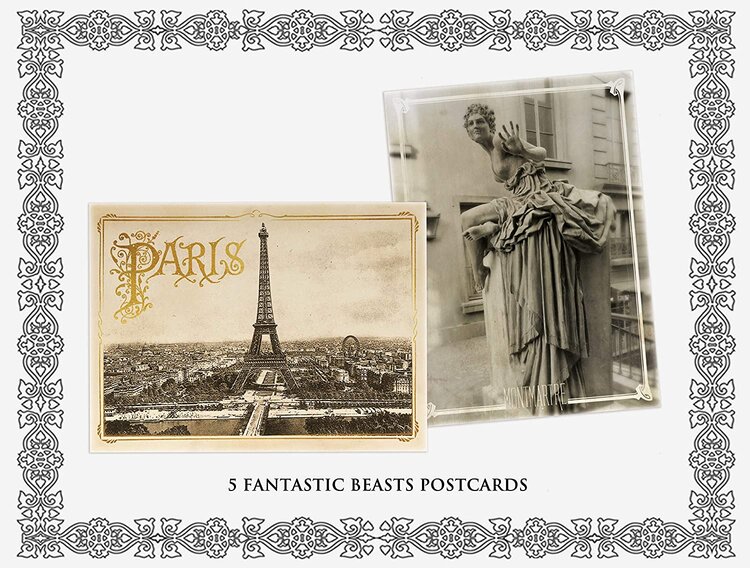 The Wizarding World 10-Film Collection Amazon Exclusive comes with 5 Fantastic Beasts postcards. The postcards have pictures of Paris in the 1920s and advertisements for the different creatures you could see in Circus Arcanus. 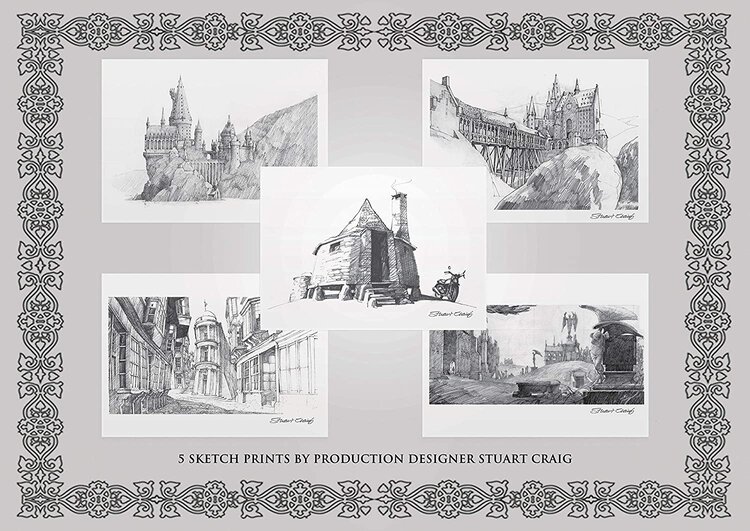 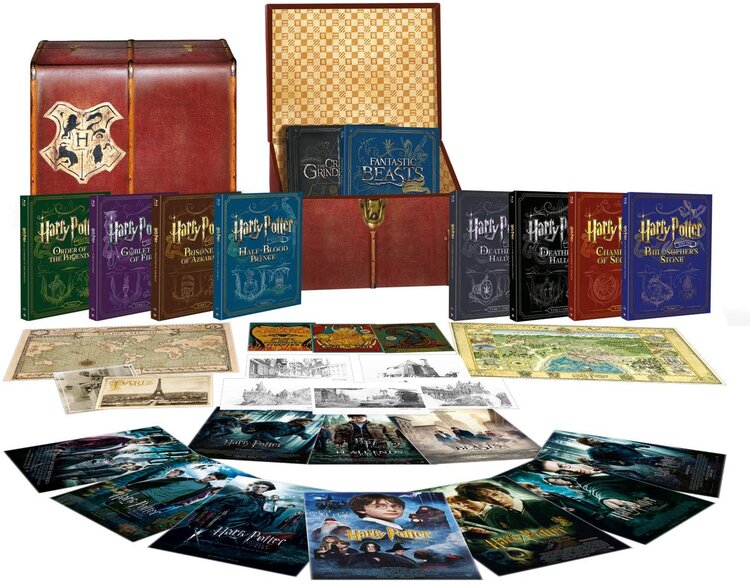